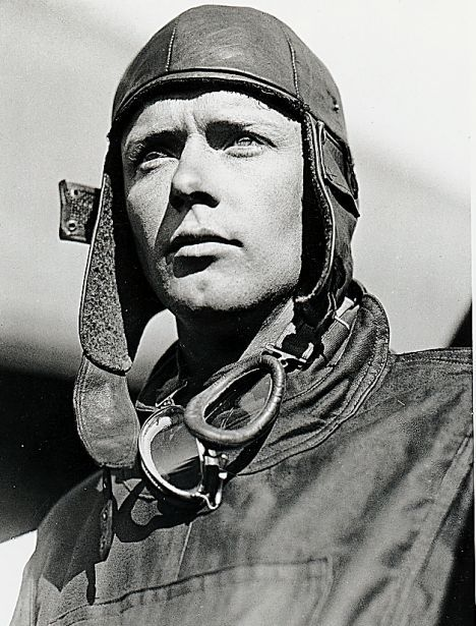 At 7:52 A.M. May 20-21, 1927 Charles Lindbergh started the flight on his way to Paris with his plane, “Spirit of St. Louis.” Lindbergh flew 3,500 miles from New York to Paris nonstop for 33 hours and 30 minutes. Charles Lindbergh was the first man to fly across Atlantic ocean solo. Before the flight Lindbergh made the airplane as light as he could by carrying only a compass, a sextant, some maps, and several fuel tanks, and by replacing a pilot chair with a light weight wicker chair.

This is a picture of Charles Lindbergh."Thread: European Men To Die For!" The Apricity Forum: A European Cultural Community. N.p., n.d. Web. 22 May 2014.